Last month, there were rumors floating all over the internet that Samsung is working on a 12-inch tablet. The leak emerged a number of times in the past from many sources and was even tweeted by the infamous @evleaks as well. Now, we have a leaked render of the alleged Samsung Galaxy Note 12.2 tablet with model number SM-P900. The report mentions that tablet will be launched in the second half of this year. 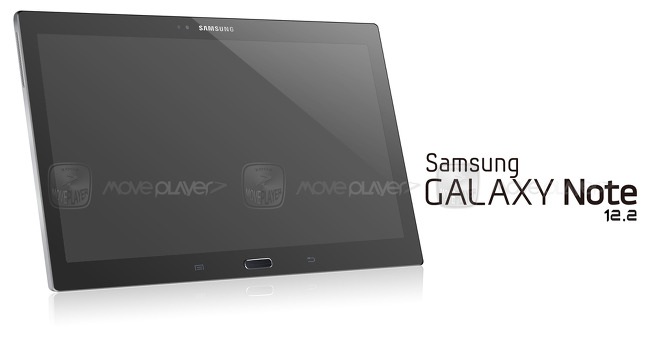 The image render appeared from the Korean shores and doesn’t reveal anything extra about the tablet. According to the report, the device will feature a 12.2-inch WQXGA display sporting a resolution of 2560 x 1600. Surprisingly, the tablet seems to have a physical home button as well which is absent in most of the tablets.

Other rumored specifications include Exynos 5 Octa chipset and S-Pen. In terms of software, our guess is that it will feature Android 4.3 Jelly Bean as it has been more than a month since Google released it.

Let me remind you that this is just a rumor so you should not put your entire faith in it. Samsung scheduled a press event on September 4 in Berlin where the company may shed some light on its tablet lineup as well along with Samsung Galaxy Note 3 and Samsung Galaxy Gear smart watch.