Harold Goldberg, known for his thrilling forensic memoir “My Life Among The Serial Killers”, delves into a new but not unfamiliar world of video games. His new book, “All Your Base Are Belong to Us: How Fifty Years of Videogames Conquered Pop Culture” tells all about the unique intricacies of the gaming industry. 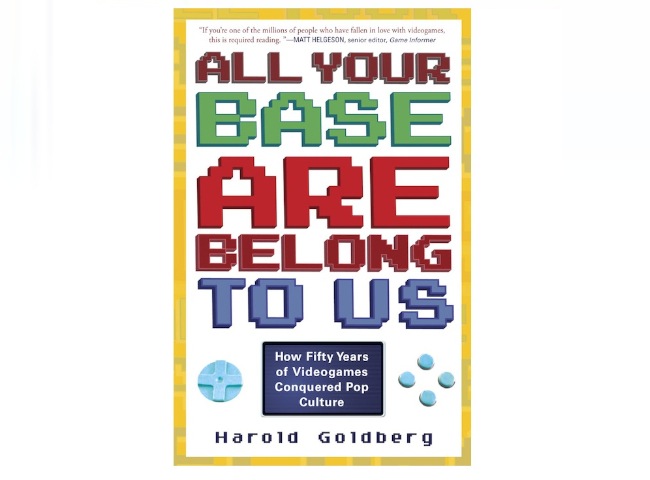 Spanning half a century into the history of games, Goldberg delivers more than a simple history. The book goes behind the scenes, unravelling how the most popular games and game companies came to be. From Donkey Kong to The Sims to Grand Theft Auto to World of Warcraft.

The latter in particular has some interesting back story. WoW was apparently the result of a few game developers’ love of EverQuest (the MMO of the day), the artistry of an aspiring movie director and savvy storytelling. While Blizzard was in many ways a success already with such hits as Warcraft, Starcraft and Diablo, with World of Warcraft it was venturing way off course.

The company specialty was in strategy games and a massively multiplayer online game was probably a polar opposite. It took not a small amount of convincing to get the funds they needed but one of the bets of the company was that it would amass one million players in the United States alone and four million worldwide soon after (its actually at about 12 million worldwide, and corners 62% of the market).

So if you like gaming and history, this should be a good read for you.