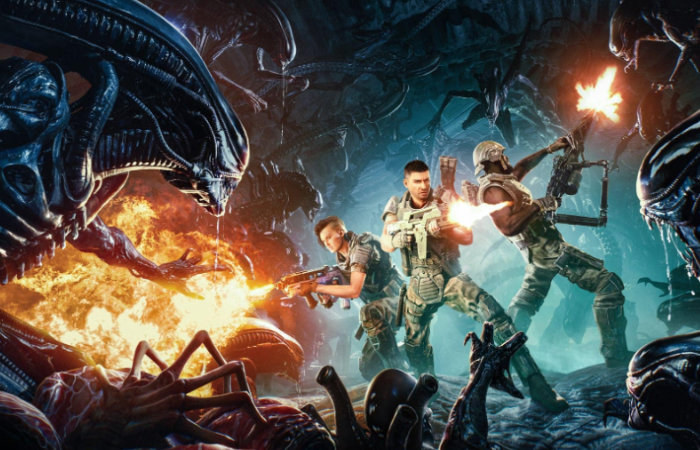 The Aliens Fireteam Elite game set in the Alien universe is now available to preorder and will be officially launching on PC via Steam, PlayStation 4 and PlayStation 5 as well as Xbox One and Xbox Series consoles on August 24th 2021. The Aliens: Fireteam Elite game is a cooperative third-person survival shooter that drops you and your team of “hardened marines into a desperate fight to contain the evolving Xenomorph threat”.

“Face off against waves of terrifying Xenomorph and Weyland-Yutani Synthetic foes alongside two players or AI teammates, as you and your fireteam desperately fight your way through four unique campaigns that introduce new storylines to the Alien universe. Create and customize your own Colonial Marine, choosing from an extensive variety of classes, weapons, gear and perks, battling overwhelming odds in this heart-pounding survival shooter experience.”

Let’s hope it’s better than Aliens Colonial Marines game and is more in line with Alien Isolation as far as game quality goes. Check out the Aliens Fireteam Elite preorder launch trailer below to learn more about the game.

“Play a pivotal role in the epic events that occur 23 years after the original Alien trilogy as a Colonial Marine stationed aboard the UAS Endeavor, battling terrifying Xenomorph threats. Stunning visuals, iconic enemies, realistic environments, powerful weapons, futuristic equipment, and an eerie soundscape, combined with new storylines in a series of replayable campaigns, expand upon the story from the blockbuster films.”