Being an inventor rocks. No surprise that Edward Linacre is probably feeling great right now. Not only is he $14,000 richer thanks to acing the 2011 Dyson Award, but his little device could change the world. Airdrop Irrigation is a clever contraption that collects condensation, humidifies it, and collects the resulting moisture in a small underground tank. Real simple stuff indeed. The best part is it works. Linacre field tested it in his mom’s house. 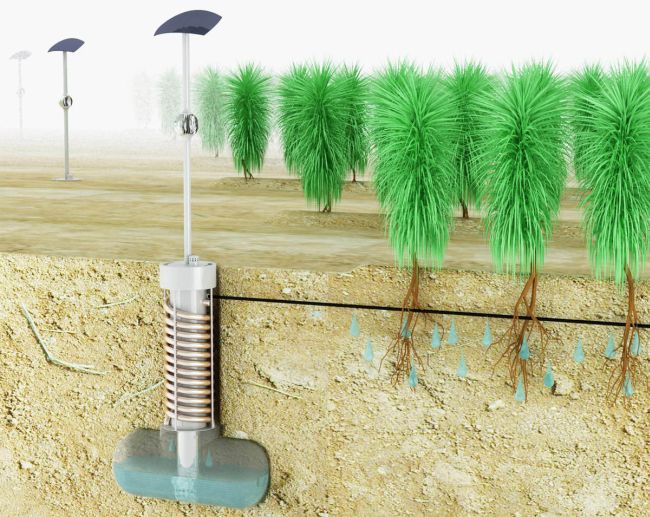 Not kidding about the mom bit. Too bad another generous $10,000 endowment isn’t going to his mummy. Instead, Linacre’s alma mater the Swinburne University of Technology gets the financial boost.

Linacre’s clever pump and storage system was more or less inspired by the painful conditions afflicting Australia’s farming sector. Since drought down under could spell life and death for crops, Linacre thinks his irrrigation device will go a long way in harnessing a scarce resource.

It must be kept in mind that Australia’s geography, while vast and wondrous, is also quite dry. Thanks to not having a vast river system akin to what’s found in either of the America’s, Australia has to make do with smart irrigation. With Linacre’s tool, it just got smarter. (Ha!)

Here’s the man himself doing the explaining: