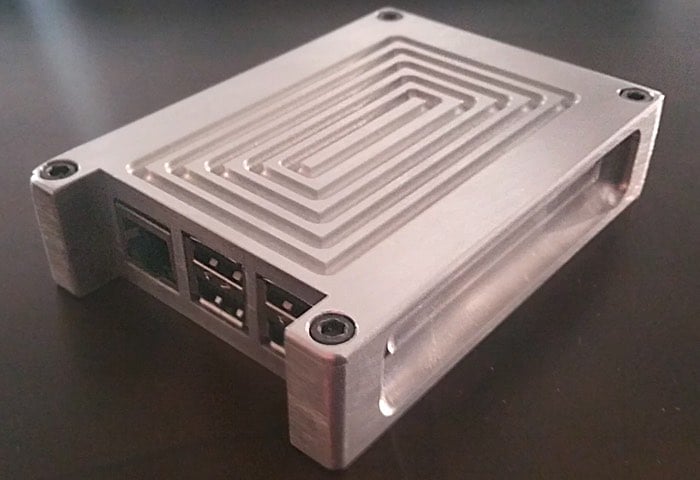 Scott Stinson has once again taken to Kickstarter to release the next generation of his Raspberry Pi case which is being marketed as the “last Pi case you will ever need”.

The CoolPi case has been constructing using aircraft grade aluminium and not only protects your Raspberry Pi from damage but also provides a sheet sink to help keep the mini PC cool when overclocked or under heavy workloads.

Watch the video below to learn more about the construction and engineering process that goes into creating the aluminium Raspberry Pi case which is now available to back via the Kickstarter crowdfunding website with pledges starting from just $39.

Shipping is expected to take place during July 2016 and its creator explains a little more below about its design and functionality.

Hey guys! We’re back at it again, and we’re more excited then ever! We assessed our last campaign, got rid of our weaknesses and are ready to bring you (in our opinion) the best case ever made for the raspberry pi. We got a lot of feedback from you guys and have made some changes to the case. Now you’re going to have the option to have the GPIO slot machined into your case or not. Along with that we have added studs on the inside of the case to make contact with the ARM processor and the LAN controller, this will help get the heat away from your board. Best of all, IT’S BUILT RIGHT IN THE CASE! We look forward to working with ya’ll!

For more information on the new CoolPi aluminium Raspberry Pi case jump over to the Kickstarter website for details and to make a pledge.