We have featured and reviewed the Air Display app that allows you to extend your screen to other iOS devices a number of times over the past months. As new developments in the app have allowed it to progress from iOS devices to PC’s. Now the creators Avatron have announced that their Air Display is available to purchase in the Mac App Store.
Now the Air Display app allows you to use your iPad, iPhone or Mac as a second (or third) monitor with no messy cables or wires. 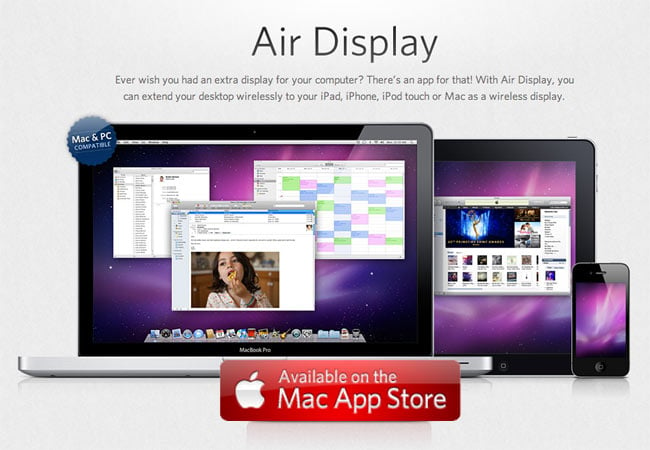 You can now purchase Air Display from the Mac App Store for $19.99