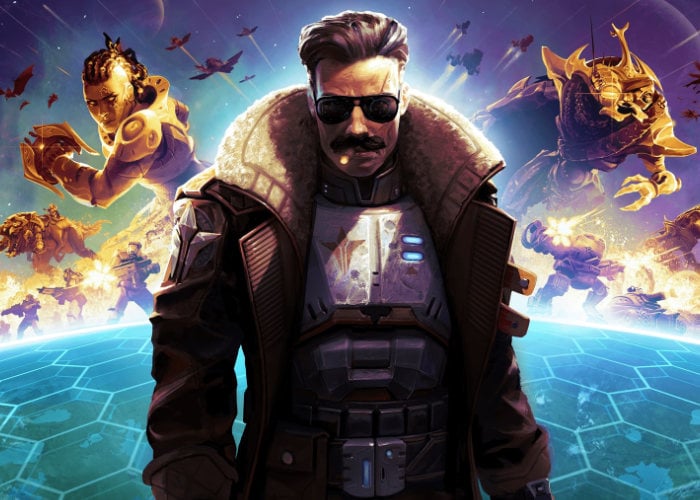 Major Nelson and the Xbox team have published a quick gameplay teaser trailer revealing a little more about the Age of Wonders: Planetfall game including its all factions and the much-anticipated Laser Dinosaurs. Check it out embedded below. Age of Wonders: Planetfall It is now available to preorder and will be officially launching just under 50 days on August 6th, 2019.

“Emerge from the cosmic dark age of a fallen galactic empire to build a new future in Age of Wonders: Planetfall. Build an empire with one of six unique factions, ranging from the militant Vanguard to the dinosaur-riding Amazons. Advance through each faction’s missions using wits, military strength and diplomacy, exploring planetary ruins and encountering other survivors as the history of a shattered civilization unravels. Fight, build, negotiate and develop technology toward a path to utopia in a deep single-player campaign, on random skirmish maps, and against friends in multiplayer.”

– Turn-Based Sci-Fi Combat – Perfect your combat strategy in intense turn-based battles featuring a large cast of factions, customizable units, and destructible environments.
– Discover a Rich Science-Fiction World – What secrets will unfold when you uncover the history of the fallen galactic empire?
– Discover the fate of the Star Union by exploring lush landscapes, wild wastelands and overgrown megacities. Encounter rival factions and discover hidden technologies long forgotten in abandoned places.
– Planetary Empire Building – Steer the future of your colony with a mix of technological advances and social development. Will you create an environmental paradise or a perfect military order?
– Multiple Paths to Victory – Achieve your end goals through conquest, diplomacy or doomsday technologies.
– A Multitude of Game Modes – A deep single-player story campaign alongside random map generation makes for endless replayability.
– Try new play styles in skirmish mode, and play multiplayer your way – online, hotseat, and asynchronous!