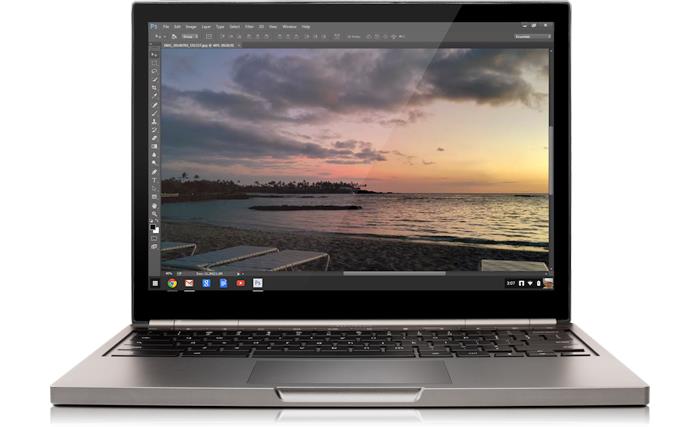 Google Chromebooks, as well as the OS powering it, has seen its fair share of criticism since it focuses more on the cloud. Despite the criticisms, the demand for Chromebooks rose in the past few months. It’s a great alternative for those who rely on word processing, web apps, and alike, as their daily tasks.

Today, Google announced that one of the most popular photo editing apps will make its way to the Chromebooks in the near future: Adobe Photoshop.

In collaboration with Adobe, Google announced a streaming version of Photoshop for Google Chrome. The app will be fully integrated with Google Drive so the files you save, as well as the changes you make, will be uploaded to Google Drive. This means that you don’t have to download and re-upload the file every time you make changes, simply saved it from Photoshop to your cloud storage.

Chromebooks are fast, easy to use and secure. They bring the best of the cloud right to your desktop, whether that’s Google Drive, Google+ Photos or Gmail. Today, in partnership with Adobe, we’re welcoming Creative Cloud onto Chromebooks, initially with a streaming version of Photoshop. This will be available first to U.S.-based Adobe education customers with a paid Creative Cloud membership—so the Photoshop you know and love is now on Chrome OS. No muss, no fuss.

This isn’t the fully featured version of Adobe Photoshop, and isn’t a full-time replacement of the desktop app. There are features missing from the streaming version due to the hardware limitations of Chromebooks, but it’s still a positive step towards development of the Chrome OS>