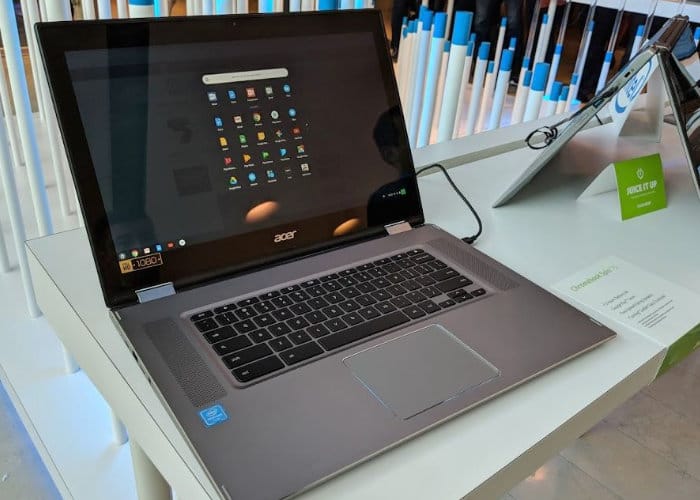 Acer is offering a number of options including the ability to fit a Intel Celeron N3350, Celeron N3450, or Pentium N4200 processors supported by 4GB or 8GB of RAM, and 32GB or 64GB of eMMC storage. If you would prefer not to benefit from a 360 degrees hinge and prefer a more traditional laptop then the Acer Chromebook 15 CB315-H offers an alternative.

Features include 720p web cameras with HDR support, USB Type-A and Type-C ports, microSD card reader, audio connections and top facing stereo speakers. Both systems are equipped with wireless connectivity offering support for 802.11ac WiFi and Bluetooth 4.2. Check out the video below for a quick overview of what you can expect from the Acer Chromebook Spin 15 which will be rolling out worldwide in the next couple of months. For full specifications and all available pricing and configuration options jump over to the official Acer website.