As well as announcing a new Android smartphone, Acer has now officially announced two new Android tablets, which will be available in April 2011.

Acer are launching  10.1 inch and 7 inch Android tablets, the 10.1 inch will features a 1280 x 800 pixel resolution display, and will run a dual core 1GHz processor, and will also feature HDMI out, and support for Adobe Flash 10.1. 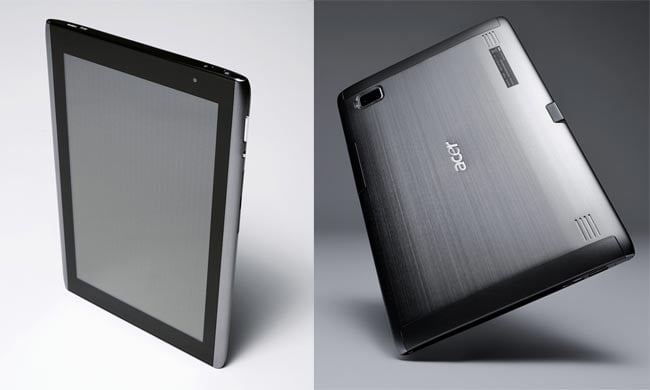 On top of that the 10.1 inch Acer Android tablet will also feature a five megapixel camera on the back and a ‘HD’ front facing camera for video chat.

The 7 inch tablet will feature a dual core 1.2GHz  Qualcomm processor, support for Flash 10.1, and the display will also have a 1280 x 800 pixel resolution.