Call it a smoky art installation or a unique tribute to what’s considered a timeless novel: Don Quixote. Also known as “The Ingenious Gentleman Don Quixote of La Mancha” by that Cervantes guy, ex-slave, soldier of fortune, and small time entrepreneur. Oh yeah, he wrote a novel too. 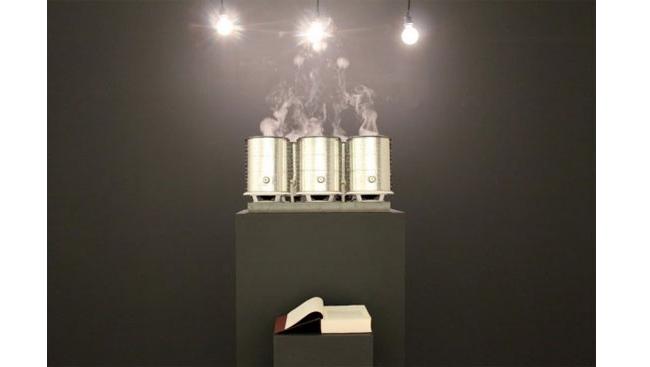 There’s supposed to be a message behind this also ingenious little project that enunciates the whole of Don Quixote (a real door stopper it is) letter by letter thru smoke. It’s a pretty incendiary broadside against the art establishment too. The most scathing part reads:

And so just as Don Quixote’s over-credulousness leads him to receive numerous violent thrashings and endanger Sancho Panza endlessly, so does our own artistic credulousness lead to an abundance of hypersyllabic essays on, quite frankly, bad ******* art.

There’s a whole lot more explanatory text that’s best viewed by opening the source link down south. In the meantime, enjoy the video:

Also, since we’re at it, we’d like to recommend an earnest reading of Don Quixote, a novel written at the behest of a Spanish nobleman several centuries ago. It’s a fun portrayal of Spain emerging from the Middle Ages. It’s rife with esoteric references as well. They don’t write books like they used to.