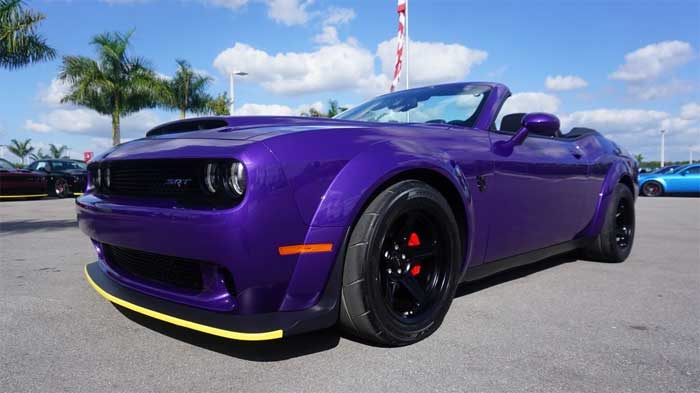 Dodge has never made an official modern Charger or Challenger convertible, but that doesn’t mean you can’t get one. A dealership in Florida has a rare 840hp 2018 Dodge Challenger SRT Demon and has the top chopped off.

The car is said to be number 2,762 out of 3,300 units built. The vehicle is reportedly a consignment for an owner. Droptop customs did the conversion in Florida. The conversion reinforced the chassis before cutting the top off.

The soft top added is a three-layer unit and has a heated glass rear window. It has manual latches and is power operated with a hydraulic motor. We have no idea what the conversion cost, but the owner is asking $145,995 for the car with 145 miles on the clock. The car originally sold for $84,995.