We have been hearing rumors for a while that Google are getting ready to release a 32GB version of the Nexus 7, it was previously though that it would replace the 16GB model.

It looks like Google may be getting rid of the 8GB version of the Nexus 7 and introducing the 32GB model, which would mean that they would offer a 16GB and 32GB model. 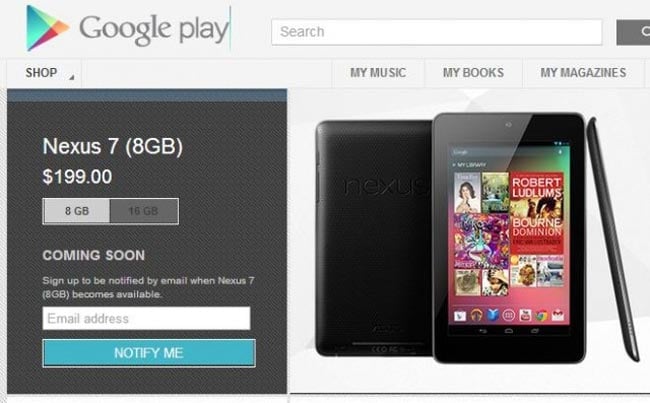 Google are expected to announce the new 32GB model next week on the 29th of October, I guess we will have to wait until then to find of if the 8GB model has been discontinued.