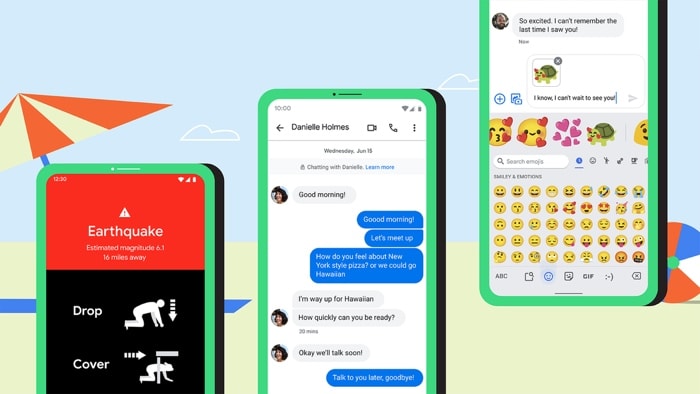 The first one is the Android Earthquake alerts system, this is going to be rolled out globally and it will help people in earthquake affected areas get alerts about potential earthquakes.

The second new feature is coming to messages is the ability to star important parts of message, this means that you can easily find that starred part of the message. This feature is being rolled out to more users over the coming weeks.

The third new feature headed Emoji Kitchen, with some new contextual suggestions in Emoji Kitchen when you are typing a message.

The fourth feature that is headed to Android is the ability to use your voice with more apps, you will soon be able to ask Google to open and search many of your apps. You will also be able to use you voice for other things like paying bills in apps and more.

The fifth feature headed to Android is for Voice Access, this is designed for people with motor disabilities and a new feature that is being added is gaze detection. There is also an enhanced password input coming to Voice Access.

The sixth new feature is more customization and app experience for Google’s Android Auto, you will be able to customize Android Auto with a personalized launcher screen and more. There are also some new app experiences, EV charging and parking apps can now also be used with Android Auto.

Google has said that these new features will be available on Android smartphones which are running Android 6.0 and above and they will be released this summer.