No flashy lights, no LED bulbs, no Bluetooth. There really isn’t much to the 50/50 except is stores money, a habit that seems to have gone out of vogue.

The novelty of this particular ‘savings bank’ is there are separate parts for different future expenditures. As indicated by the pic below, each of the two parts can be designated via a small white board. 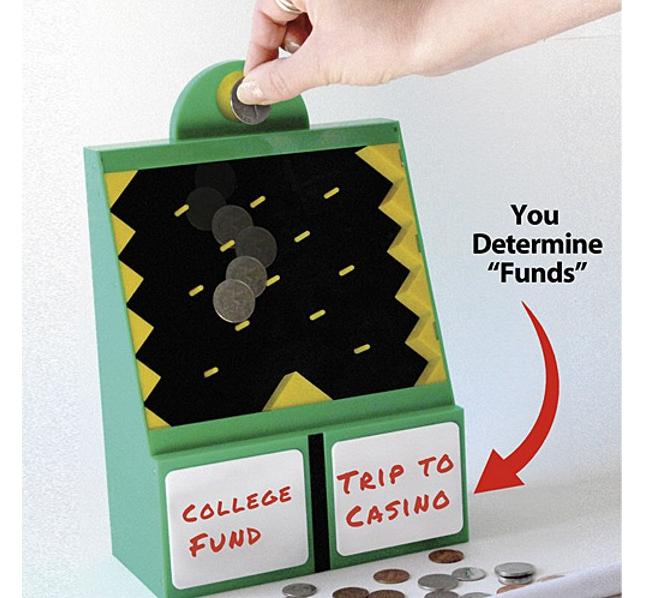 Problem is the 50/50 doesn’t seem to have a capacity for hoarding lots of coins. Not to encourage bad fiscal practice, but considering how untrustworthy banks are these days, people might be better off setting aside their own savings.

Also, you might have noticed that another feature of the 50/50 is its loose connection to the game of Plinko. Either way, it encourages people to set aside something for the future. Spending in a  consumer economy is okay, except when global markets are continually being shaken by shenanigans in the financial sector (hello UBS), having something set aside for a rainy day becomes more than common sense practice; it’s a necessity.

Also, depending who you ask, we’re either on the brink or already in a recession. bad, bad news. Save money and prosper, people.