500px received a major update that’s sure to please a lot of its iOS 7 users. For those who don’t know, 500px is one of the more popular photo-sharing apps on mobile devices with over 100 million registered users. Its recent update includes a new edge-to-edge design with semi-transparent panels, which works exceptionally well with the photo-centric app.

Along with the update came a barrage of new features, including easier ‘Like’ and reply functionality. The update is going to come to Android users soon, but until then iOS users get the privilege of testing out the new and improved 500px app first. 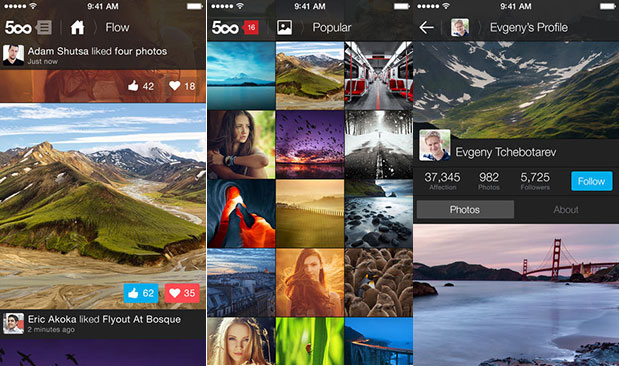 With photo-sharing being such an integral part of our culture, it’s no surprise that an app like 500px getting a facelift is newsworthy even though this news doesn’t yet impact all of its users.

I’d like to take this opportunity to thank all the photographers and photoshoppers, both professional and otherwise, who bring all the internet memes and funny photos to the internet. They make Facebook worthwhile.