50 Quadrocopters equipped with LED lights have taken to the night skies over Austria to perform a synchronised flying routine for your enjoyment.

We have featured a number of quadrocopters swarms performing a number of different tasks including construction and formation flying. However 50 quadrocopters flying information has to be a new record, watch the video after the jump to see it in action. 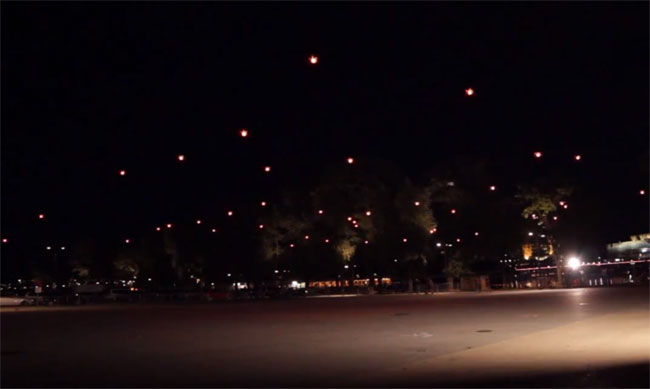 The display was created by team from Austria’s Ars Electronica Futurelab and Germany’s Ascending Technologies GmbH, and was carried out over the river Danube in Linz, Austria, as part of the annual Klangwolke (Cloud of Sound) open-air multimedia musical event. Enjoy!