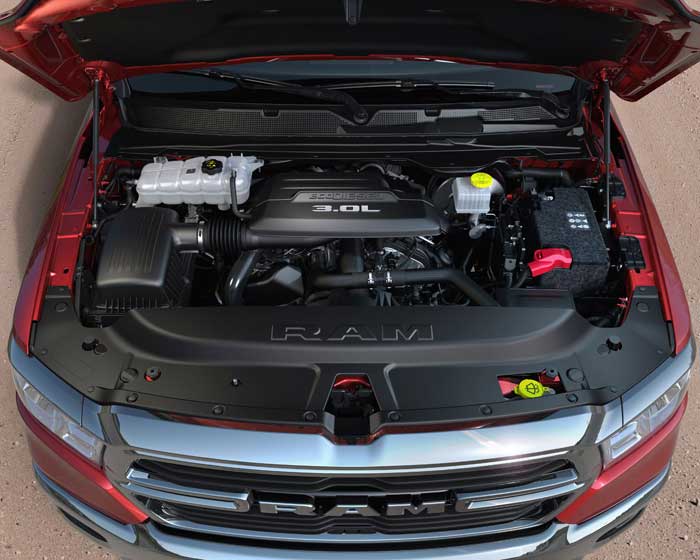 Ram is bragging about its new third-generation EcoDiesel 3.0L V6 engine that will be available starting in Q4 2019. The new updated V6 makes the Ram 1500 the highest torque rated vehicle in its class with 480 ft-lb of torque.

Ram 1500 trucks fitted with the EcoDiesel will have a towing capacity of 12,560 pounds. The engine will be offered in all Ram 1500 varieties. For the first time, Ram Rebel buyers will be able to choose diesel power.