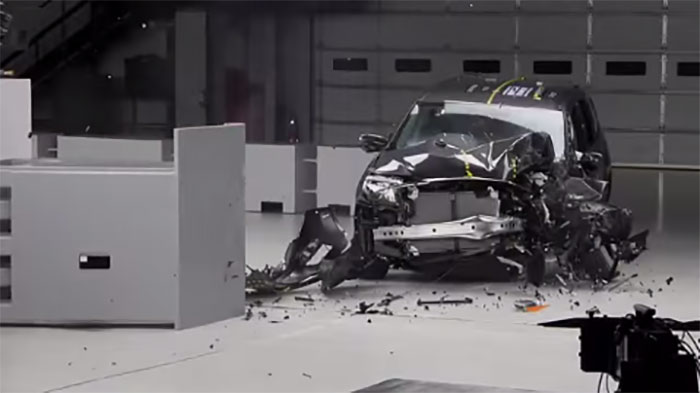 One of the most difficult of the crash tests to pass that the IIHS puts new cars though in the US is the small overlap crash test. This is a test used to simulate an offset front-end collision in the real world. Honda invited a group of people to the IIHS testing facility to watch the 2016 Pilot perform this test. The harshness of the impact the car is subjected to is incredible.

In the test the 2016 Pilot earned top marks for protecting the occupants in that type of collision. Honda also took the opportunity to show off what it called “the scrapbook.” The scrapbook is a collection of photos and letters set to Honda from Honda and Acura owners who survived accidents in Honda vehicles that didn’t look survivable thanks to the safety features built in.

If you like cars, the video of the Pilot being destroyed in the small overlap test might be hard to watch. It’s impressive how well the vehicle holds up to hitting a 200,000-pound barrier at 40mph. A crash test dummy is behind the wheel to simulate the effects of the accident on an average adult male.