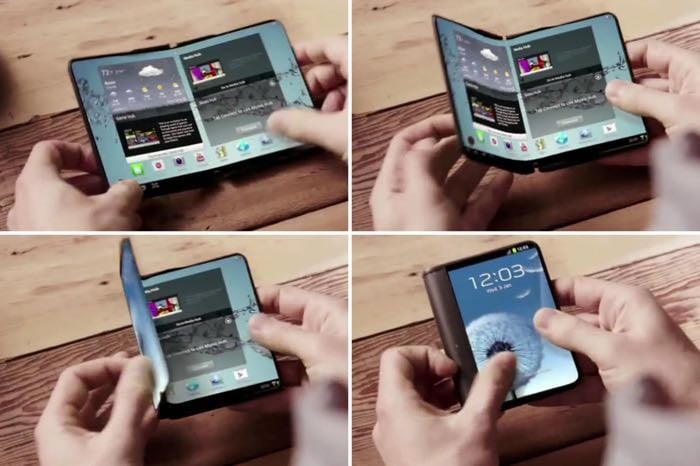 We have been hearing rumors for some time about foldable smartphones that are being developed by a number of companies and it looks like we may see two of these new devices next year.

Both Samsung and LG are rumored to be developing foldable handsets and it looks like both companies plan to launch these new devices in 2016.

According to a recent report, Samsung and LG are in the final stages of development on their foldable smartphones, both devices are expected to use OLED display which will allow the screens to be folded.

We have not heard much information about the LG device, although we did heard some rumors in the past about two devices that Samsung have in testing.

Very little information has been revealed about the handsets display and what sort of screen real estate they will provide, it will be interesting to find out exactly what Samsung has planned for the display.

Other companies are also reported to be interested in creating smartphones with foldable screens, there have also been rumors that both Apple and Google may be looking into producing these type of devices. As soon as we get some more information in exactly what Samsung and LG have planned for these new devices, we will let you guys know.