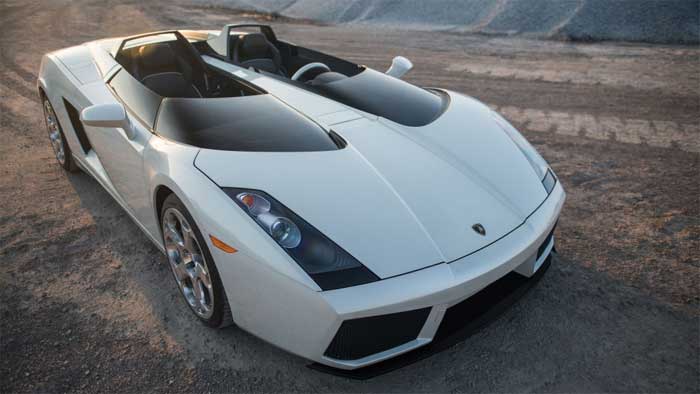 The car in the images here is a 2006 Lamborghini Concept S with a split cockpit that separates the driver and passenger in what otherwise appears to be a fairly stock Gallardo. The Concept S is heading to auction with RM Sotheby’s, and the auction house notes that there were plans to build 100 of the cars, but that never happened.

This single example is the only one made. It is said to be mechanically similar to an ordinary Gallardo with a mid-mounted V10 making 520 hp using the Gallardo E-Gear automated manual transmission and all-wheel drive.

The car heading to auction has only 125 miles. It has been up for auction before and was expected to sell then for around $3 million. There are no estimates now, but it is going up for sale at the auction in Abu Dabi on November 30.