YouTube user theinternetftw has started to create a fully working 16-bit computer that runs entirely in Minecraft and constructed from Minecraft blocks.

Minecraft is a sandbox game which allows players to build constructions out of textured cubes in a 3D world. Check out the video after the jump to see the 16-bit process. 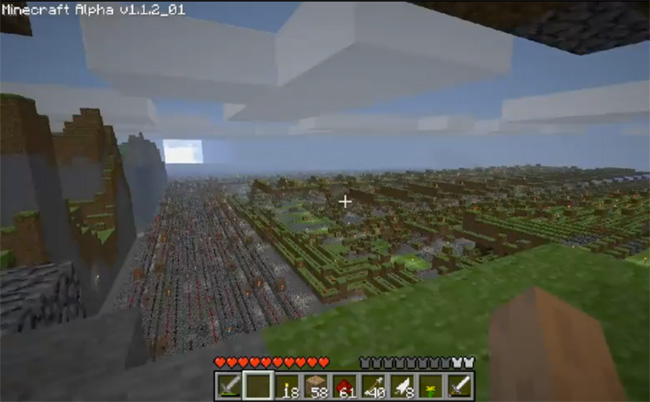 The video below shows the first computer subcomponet that theinternetftw has created and you can investigate and explore its mechanics as it goes about its business.

This is the first part of a planned 16-bit computer that will run entirely in minecraft. That computer will be “Hack” compatible, which is to say that it’ll run code meant for the Hack machine described in The Elements of Computer Systems (an awesome book that you should look up if you are at all interested in how computers work). This project is far from over. Memory, here I come…

You can find more out about the game the computer was constructed in over at the Minecraft website.