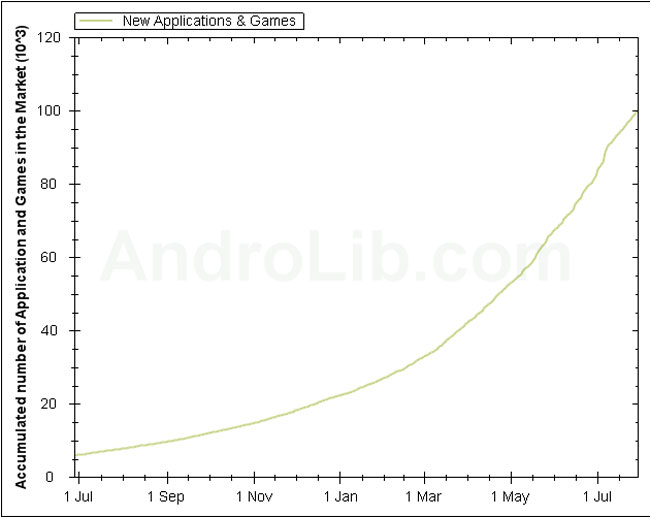 As you can see by the graph the number has risen sharply from 5,000 in June 2009. Also comparing the reported 83,000 applications from AndroLib with Google’s 70,000 report only a few weeks ago the Market place has added nearly 13,000 new applications in only a few weeks.

The Androlib directory does cover multiple markets, including international ones, so not all apps and games are available in the United States, necessarily. Not all markets are counted, even, so AndroLib claims it may potentially undercount the number of apps. Have a look and our article on Android vs iPhone to see which smartphone and mobile platform is best for you.