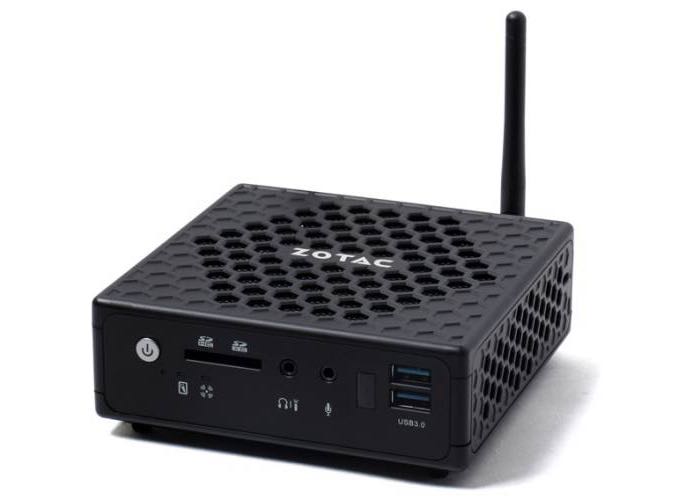 As well as unveiling their new range of Zotac ZBOX MA760 Mini PCs that are capable of supporting four 4K Ultra HD displays.

Zotac has also announced their new fanless mini PC in the form of the Zotac ZBOX CI521 that is equipped with an Intel Core M Broadwell processor a 4.5 watt low-power chip.

The processor is supported by 8GB of RAM together with a 60GB M.2 SATA solid state disk (SSD) in the Plus model but, Zotac will also supply the system as a barebones shell without memory or storage and dual Gigabit Ethernet.

Other features of the Zotac ZBOX CI521 include an M.2 slot for SSD drive and a 2.5 inch drive bay for another hard drive or SSD. Together with connectivity for 802.11ac WiFi and Bluetooth 4.0, and support for Microsoft Windows 7 or later as an option.

For more information on the new Zotac ZBOX CI521 jump over to the Zotac website for details.