With smart watches becoming ever more popular with manufacturers, and Apple, Microsoft, and Google all saying they are developing smartwatch solutions, plenty of new applications and services are sure to be released to run on them.

However one thing that is a little harder to accomplish on a small screen is typing, enter Zoomboard. Zoomboard is a solution specifically designed to make the task of typing on a smaller smartwatch screen easier. 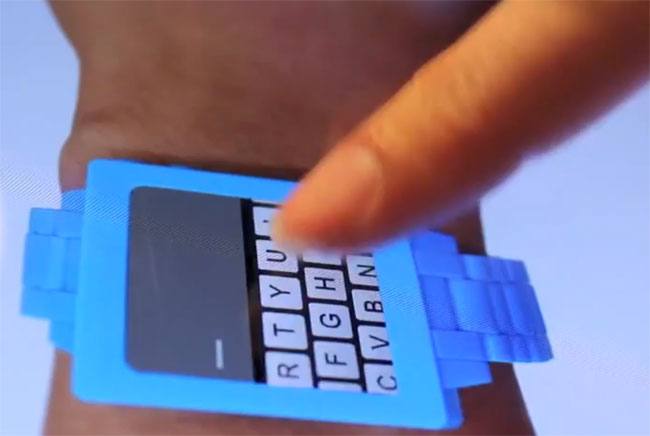 The Zoomboard solution consist of a full QWERTY keyboard which zooms in as you type making selecting the correct key easy., Watch the demonstration below to learn more about the Zoomboard project and see it in action. 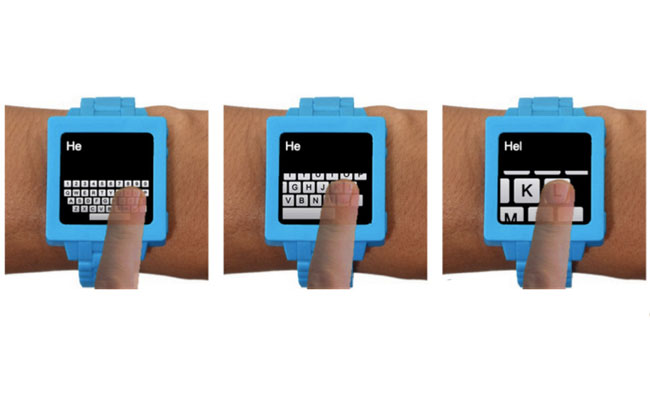 “The proliferation of touchscreen devices has made soft keyboards a routine part of life. However, ultra-small computing platforms like the Sony SmartWatch and Apple iPod Nano lack a means of text entry. This limits their potential, despite the fact they are capable computers. In this work, we present a soft keyboard interaction technique called ZoomBoard that enables text entry on ultra-small devices.

Zoomboard : Our approach uses iterative zooming to enlarge otherwise impossibly tiny keys to comfortable size. We based our design on a QWERTY layout, so that it is immediately familiar to users and leverages existing skill. As the ultimate test, we ran a text entry experiment on a keyboard measuring just 16 x 6mm – smaller than a US penny. Users achieved roughly 10 words per minute, allowing users to enter phone numbers and searches such as “closest pizza” and “directions home” both quickly and quietly.”

The Zoomboard keyboard will be showcased at the Computer Human Interaction conference in Paris this week, and the Zoomboard source code will be made freely available.