Zinio has launched a new version of its magazine app for Android, and the latest version is designed to offer hardware acceleration for NVIDIA Tegra 2 powered Android Honeycomb tablets like the Motorola Xoom and the Samsung Galaxy Tab 10.1.

The video below shows two Motorola Xoom tablets next to each other, one using the hardware acceleration and one without it, and you can clearly see the difference between the two. 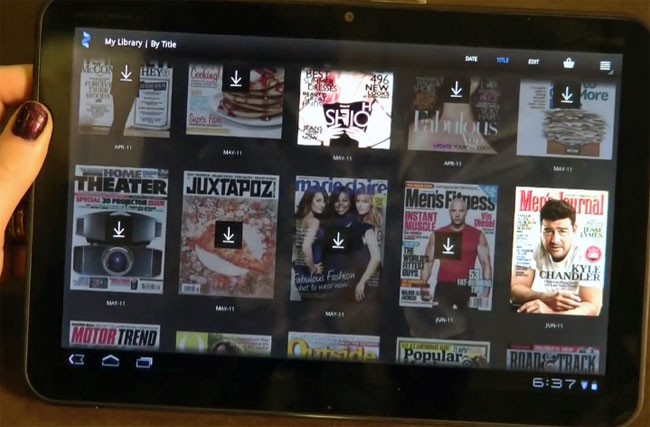 The Zinio app is available to download from the Android Market.