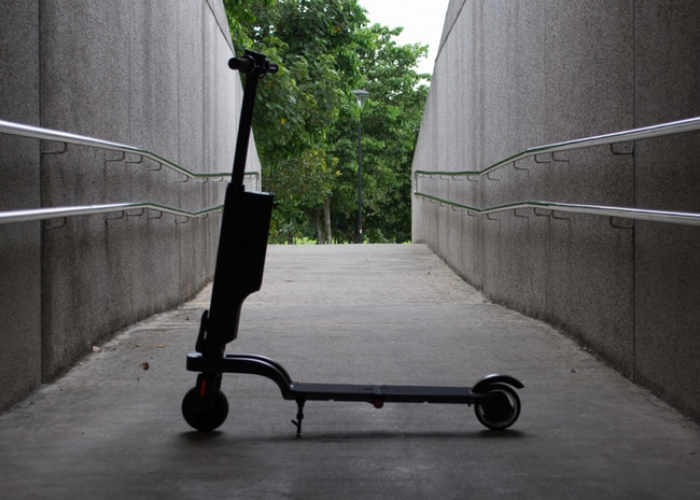 Yes, there are indeed many electric scooters out there in the market but most are either too heavy or too bulky! They weigh more than 10kg with a size that makes carrying them outside a hassle. Here at ZENERGY, we have a VISION to create an electric scooter that solves these problems.  Thus, in 2016, we set out to build FleXon, the World’s Most Portable Electric Scooter. We wanted something portable yet utility-oriented, something that people will be proud to own and use on a daily basis. In 2017, we perfected the design of FleXon after months of testing and prototyping. Let our design do the talking… First Electric Scooter In The World To Feature A Four Fold Design. Allows FleXon To Fold Into An Extremely Compact Size For Fitting Into A Backpack.

Zenergy is now available to back via Kickstarter with early bird pledges starting from roughly £120 and delivery expected to take place during March 2018. For full specifications and more information jump over to the official Kickstarter campaign page via the link below.