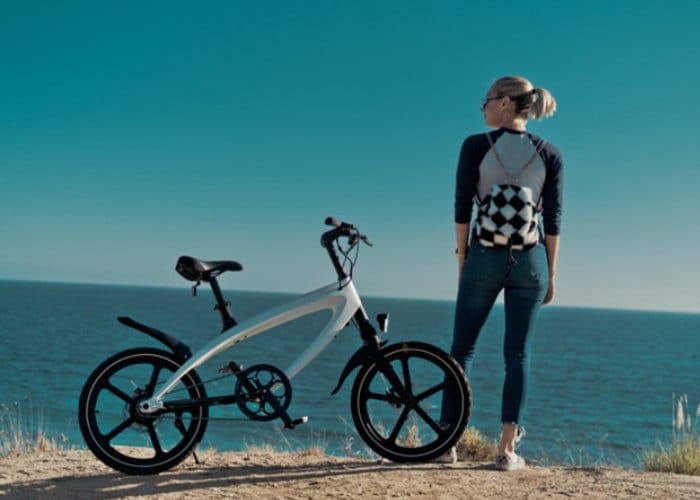 A new electric bike has been launched by Kickstarter this week in the form of the Zbike watch has been designed by Mark Menta based in Palo Alto, California. Watch the demonstration video below to learn more about the unique electric bike which has been created to provide an alternative to carbon-based vehicles. “ZBIKE has been designed with a single goal in mind. Provide riders of all ages with a high quality, eco-conscience alternative for reliable commuter transportation, recreational adventuring, and healthier lifestyles. The result is the most advanced, fully equipped and affordable electric bicycle on the market.”

Features of the Zbike include a top speed of 20 mph together with a range of 36 miles thanks to its 250W engine. Remaining battery power, speed and performance is displayed on the integrated HD display mounted into the handlebars allowing you to easily adjust the right amount of power to pedal ratio.

The Zbike offer is equipped with a output motor of 250W, which consumes much less battery power while generating as much power as most 500W motors, say its creators. The smaller mechanical and magnetic resistance gives much faster acceleration for an extra boost from a standing stop and more power for those steep hills. The Zbike electric bike is now available to back via Kickstarter with super early bird pledges available from $699 or £508. If all goes well worldwide shipping is expected to take place during August 2018. For more details and full specifications jump over to the official crowdfunding campaign page by following the link below.