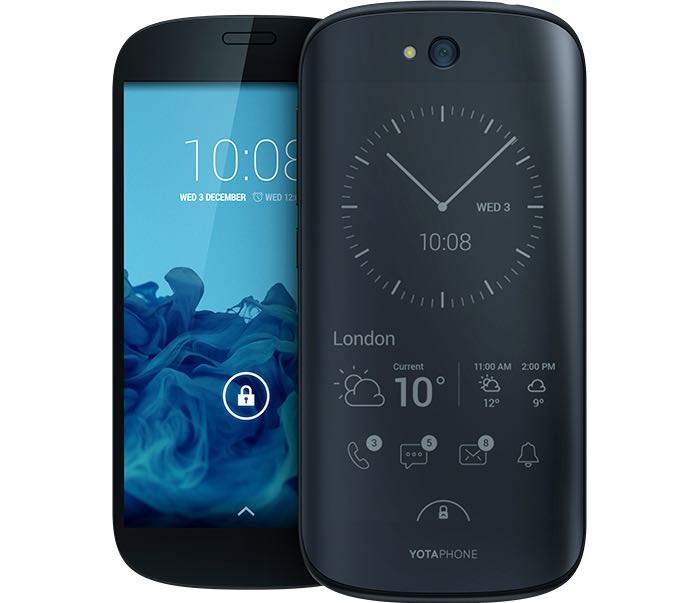 The YotaPhone 2 will soon be launching in the US, and the developers of this dual screened smartphone have launched the device on crowd funding platform Indiegogo.

The handset has been available in Europe for a while and it looks like it may end up being popular in the US.

The YotaPhone 2 features a a quad core Qualcomm Snapdragon 801 processor with a clock speed of 2.2GHz and the device will come with 2GB of RAM and 32GB of built in storage. The device also comes with a front facing 2.1 megapixel camera and an 8 megapixel rear camera with an LED flash and auto focus.

The creators of the YotaPhone 2 has set a goal of $50,000 on Indiegogo to launch the device in the US, they have more than doubled than it less than a day.