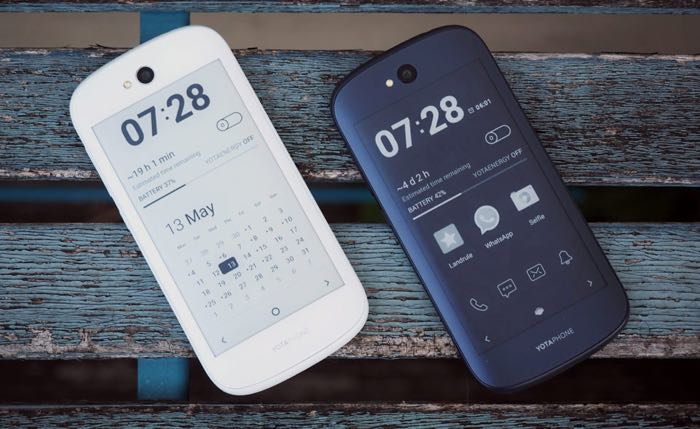 When the YotaPhone 2 was launched the handset retailed for £550 and now the handset has been reduced in price to £440.

As well as the price drop, there is now also a white version of the YotaPhone 2 available and the company behind the device has also released the Android Lollipop update for the handset.

As a reminder, the YotaPhone 2 comes with a 5 inch Full HD AMOLED display on the front that has a resolution of 1920 x 1080 pixels. On the back of the handset there display measures 4.7 inches and it comes with a qHD resolution of 540 x 960 pixels.

Other specifications on the handset include a quad core Qualcomm Snapdragon  800 processor and 2GB of RAM, the device also has an 8 megapixel rear camera and a 2.1 megapixel front facing camera, plus a 2500 mAh battery.