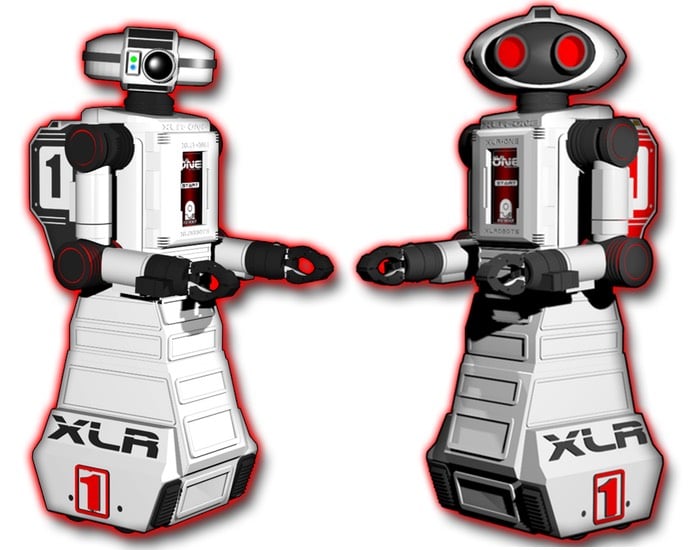 If you have ever wanted your very own personal robot you might be interested in a new Kickstarter campaign that has been launched by XL Robots allowing you to pledge for your very own 3D printed robot from just $499.

The XLR-ONE personal robot measures 30 inches tall and is powered by the EZ-Robot platform and can be custom 3D printed to meet any requirements or special applications that you may require says its creator.

The XLR-ONE personal robot is supplied with its custom themed control app, allowing you to control the robot using either Android and iOS devices. Watch the video below to learn more about this interesting personal robot project.

“Unlike other robot kits available on the market, the XLR-ONE has a finished professional design unlike your common erector set unfinished look with exposed wires and inflated price tag. The XLR-ONE is the Droid you’ve been looking for!

The XLR-ONE’s head has 180 degrees of motion horizontally and 100 degrees of motion looking up and down. The XLR-ONE’s eye houses a EZ-Robot Wi-Fi Camera which Plugs directly into the EZ-B v4 Wi-Fi Robot Controller. Giving the gift of sight with crisp 640×480 resolution at 20fps with no latency. The Camera is capable of color tracking, objection recognition, facial recognition and more.

The XLR-ONE’s drive train is powered by 4 HD Continuous High Torque Robot servos providing plenty of power to move your robot with ease. The XLR-ONE has a utility backpack which stores the EZ-Robot controller and extra battery. You can control the XLR-ONE 3 ways, It can be controlled by your PC, by Voice or by the EZ-Builder App. The EZ-Builder app runs on your phone or tablet running Android or IOS.”