Microsoft has today confirmed that their new Xbox SmartGlass companion application will officially launch as an integrated part of their new Windows 8 operating system later this week.

The new Xbox Smart Glass companion application will be a new addition to the Games section of Windows 8 as well as devices running Windows RT. Watch the video after the jump to see how SmartGlass has been designed to function. 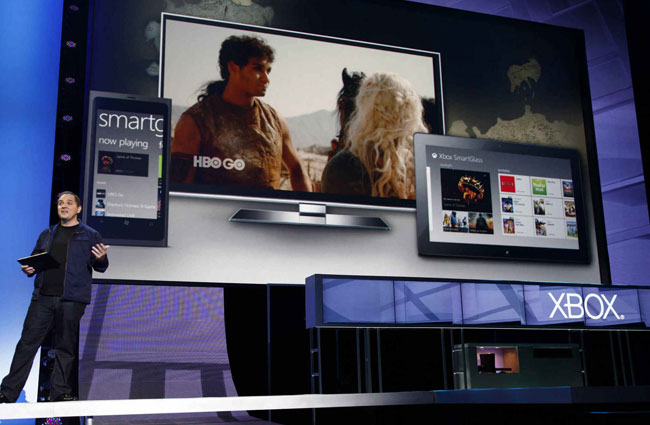 Xbox SmartGlass is a free to download application which has been designed for Windows 8 and RT tablets and PCs, Windows Phone 8, iOS and Android devices, and converts them into smart second screens capable of controlling the entertainment on your Xbox 360 console. Microsoft explains:

“And we’ve only begun to scratch the surface of what’s possible. In the future, new games will be created, TV shows and movies will be re-imagined, and sports will be broadcast from the ground up with Xbox SmartGlass in mind.”

Navigate your Entertainment – Your phone and tablet will become the best remote controls in your house. Use the touch screen on your smartphone or tablet to control your Xbox 360, and use your devices to pause, rewind or advance entertainment.

TV & Movies – With Xbox Video, start a TV show or movie on your Windows 8 tablet and finish it on the big screen through Xbox 360; see the names of cast and crew for the film you are watching and discover related films. To give you one example of what you can expect, coming next season, HBO GO’s “Game of Thrones” will offer groundbreaking Xbox SmartGlass experiences.

Sports – While watching the game, use a second screen to follow real-time stats, player bios, news and highlights you may have missed. All of this and more will be available for NBA Game Time, ESPN and UFC in the coming months.

Internet Explorer for Xbox – The Web comes to TV like never before with Xbox 360 and Xbox SmartGlass. With your smartphone or tablet, pan or pinch and zoom to explore the Web on the largest and best screen in the house, enjoy easy text entry with the keyboard on your tablet or phone, and then move your browser back to your device to take it on the go.

Games – Get more from your game when you can use a second screen. Turn you phone or tablet into a virtual GPS in Forza: Horizon. Don’t stop the dance party in Dance Central 3 by going back to the menu to choose your next song. Instead, queue it up on your tablet or smartphone. In HomeRun Stars, use SmartGlass on your favorite device to throw a surprise pitch to your friend up at bat in front of Kinect. See detailed stats on how you are progressing in Halo 4, or check up on friends. All of these features and much more will be available when your favorite game extends to multiple screens.”

Earlier this week Microsoft rolled out a new update for their Xbox gaming console which brought with it a newly updated SmartGlass applications and Xbox Music app. For more information jump over to the official Microsoft Blog post.