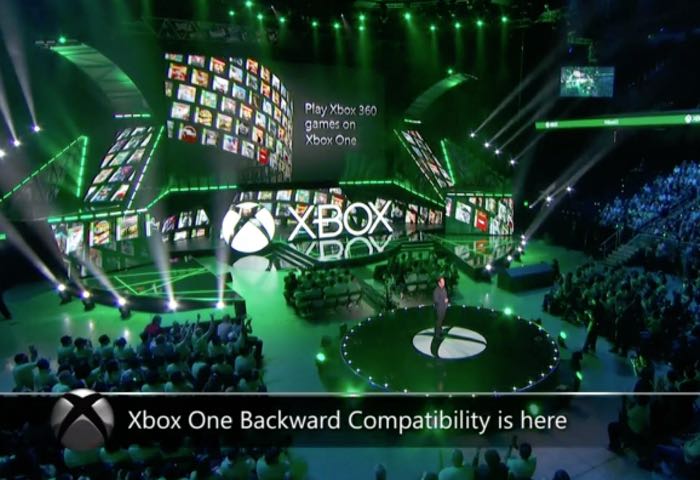 During Microsoft’s E3 presentation the company has announced that their next generation console the Xbox One will soon support Xbox 360 games allowing gamers to enjoy backwards compatibility with previous generation games.

Later this year in time for the holiday season 100 Xbox 360 titles will be supported by the new Xbox One with another 100 titles to follow at a later date.

Microsoft is currently working on patching each individual Xbox 360 game so that is runs on their latest generation Xbox One games console. Microsoft’s Phil Spencer explained on stage at E3 : “Our goal is to deliver the largest games library on Xbox One”

From today Microsoft has already made a selection of backwards compatible Xbox 360 titles available via the Xbox One preview program, for members to try out. If you have already had a chance to try them, let us know your thoughts in the comments below.

As more details are released regards Xbox 360 titles that will be included for the Xbox One and roll out later this year and during 2016 we will keep you updated as always.