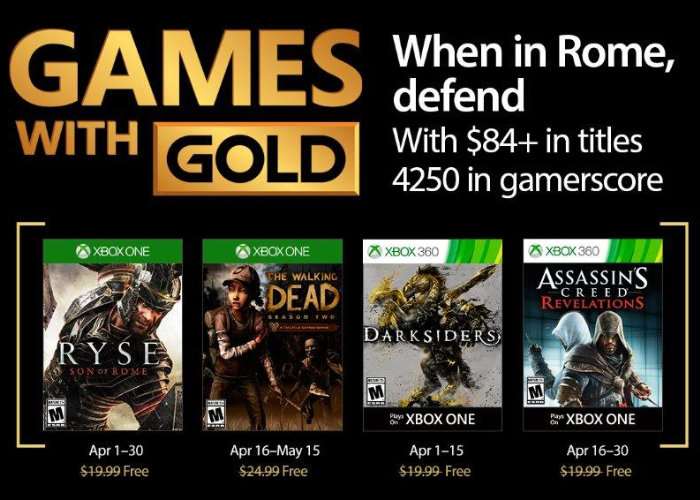 Major Nelson has confirmed the new games that will be made available to Xbox Live Games subscribers with the Gold package during next month during April 2017.

Heading up the lineup for the Xbox One, Xbox Live Gold members is Ryse: Son of Rome which is normally priced at $19.99 but will be free during the month of April.

Joining Ryse is The Walking Dead: Season 2  that will also be available as a free download on the Xbox One from April 16th to May 15th 2017.

Xbox 360 gamers can enjoy Darksiders from Saturday, April 1st, 2017 which will be free for Xbox Live Gold members until April 15th after which Microsoft will make available Assassin’s Creed Revelations for free until April 30th 2017. For more details watch the video embedded below.