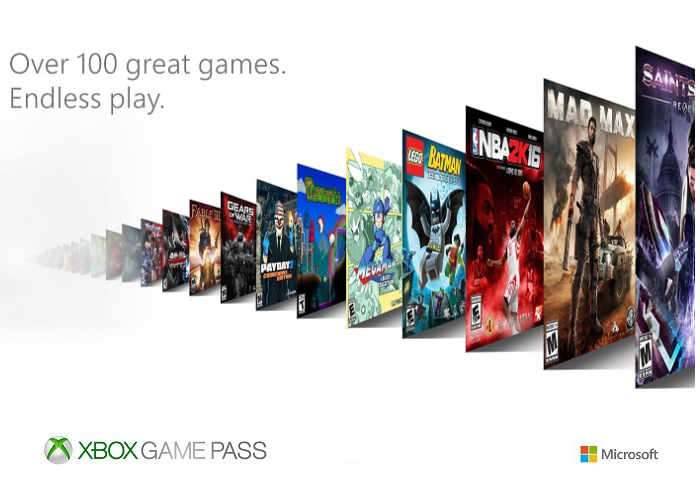 Major Nelson has today revealed more details about the new Xbox Game Pass that will be launching in a few days time on June 1st, 2017 offering over 100 games to members and early access for Gold members which starts today.

Announced earlier in the year the Xbox Game Pass is a new digital gaming subscription service that provides unlimited access to over 100 Xbox One Backward Compatible Xbox 360 games, for a monthly subscription price of $9.99.

From yesterday all Xbox Live Gold members will receive exclusive Early Access to Xbox Game Pass, and can start their 14-day free trial before anyone else. Major Nelson explains a little more about the new Xbox Game Pass service:

With great games from top industry publishers such as 2K, 505 Games, BANDAI NAMCO Entertainment, Capcom, Codemasters, Deep Silver, Focus Home Interactive, SEGA, SNK CORPORATION, THQ Nordic GmbH, Warner Bros. Interactive Entertainment and Microsoft Studios, there’s something for everyone to enjoy and you will always find something exciting to play across a variety of genres. Some of the fan-favorite titles coming to Xbox Game Pass when it launches to the broader Xbox community later this spring include Halo 5: Guardians, Payday 2, NBA 2K16 and SoulCalibur II.

One of the best things about Xbox Game Pass is that you can discover and download the full titles directly on your Xbox One. That means continuous, full-fidelity gameplay without having to worry about streaming, bandwidth or connectivity issues. In addition, all Xbox One games in the catalog – and related add-ons – will be available to purchase at an exclusive discount for Xbox Game Pass members, so you can make the games you love part of your permanent library to play whenever you want. Every month new games will cycle into the subscription with some cycling out, giving you a constantly-updating library of games. Xbox Game Pass is your ticket to endless play.

For more details on the new Xbox Game Pass jump over to the official Xbox site using the link below.