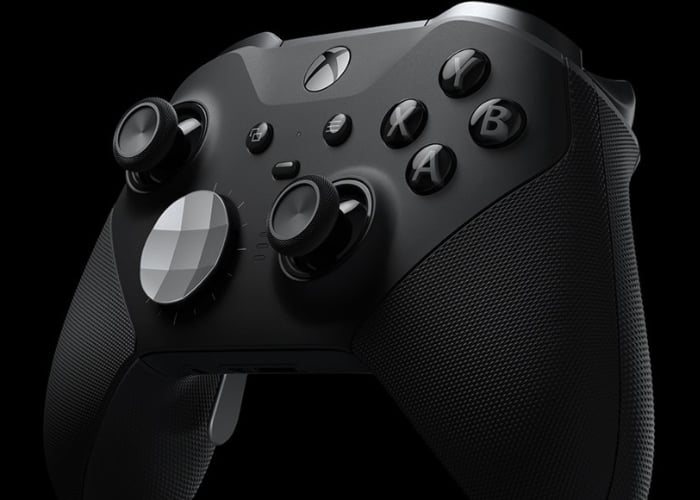 Microsoft has introduced their new Xbox Elite Wireless Controller Series 2 at E3 2019 together with the first details of their new console the Xbox Project Scarlett. The second-generation Xbox Elite Wireless Controller is now available to preorder priced at £160 or $180 and features over 30 ways to “play like a pro”. Check out the unveiling video below to learn more about what you can expect from the new rechargeable controller that is capable of providing up to 40 hours of play on a single charge.

“Designed to meet the needs of today’s competitive gamers, the all-new Xbox Elite Wireless Controller Series 2 features over 30 new ways to play like a pro. Enhance your aiming with new adjustable-tension thumbsticks, fire even faster with shorter hair trigger locks, and stay on target with a wrap-around rubberized grip.”

As you might have already expected the new Xbox Elite Wireless Controller Series 2 is compatible with both Xbox One consoles and Microsoft’s latest Windows 10 operating system. Available to preorder from today the new Xbox controller will be officially launching on November 4th, 2019.

“Tailor the controller to your preferred gaming style with new interchangeable thumbstick and paddle shapes. Save up to 3 custom profiles and 1 default profile on the controller and switch between them on the fly with the Profile button. Use Xbox Wireless, Bluetooth, or the included USB-C cable to play across your Xbox One and Windows 10 devices.*”*

Jump over to the official Major Nelson website for more details and pre-order options.