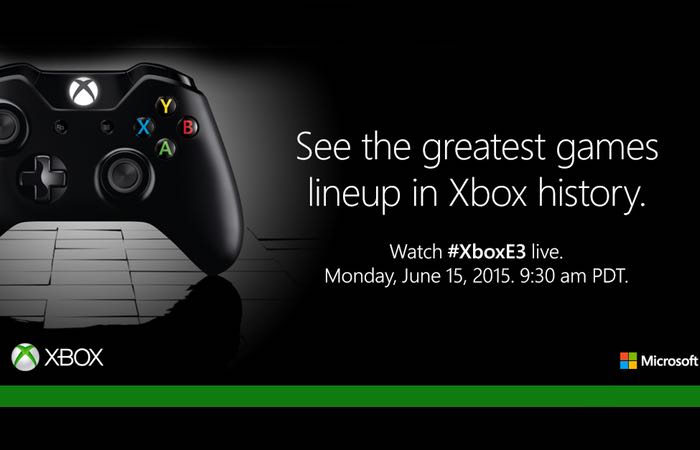 Next month the annual E3 games event will be kicking off and include the Xbox E3 2015 Briefing that has now bee confirmed to start on June 15th at 12:30pm ET/9:30am PT.

The Xbox E3 2015 Briefing will be Hosted by Larry Hryb, Xbox LIVE’s Major Nelson and Graeme Boyd, Xbox Live’s Acey Bongos and offer insight into what coming to the Xbox in the future.

The presentation will also include guest stars and industry elites,such as the Head of Xbox Phil Spencer and guests from 343 Industries, Turn 10 Studios, Crystal Dynamics, and others revealing what you can expect on the games front for the Xbox range over the coming year.

Major Nelson is giving away 500 lucky tickets to fans as a one-of-a-kind ticket for E3 week that will include :

– Entry into the Xbox E3 2015 Briefing on Monday, June 15th, 9:30 am PT, at the Galen Center in downtown Los Angeles.
– Invite to the exclusive Xbox FanFest Party, Monday afternoon, June 15th, where fans will get to play the best exclusives and biggest blockbuster games this holiday and beyond.
– VIP access to the Xbox esports Celebrity Challenge & Twitch Party sponsored by Xbox.
– Meet-and-greet with some of the industry’s top developers, leaders and influencers.
– Even more surprise events during the week.

For more information on this years Xbox E3 2015 Briefing jump over to the Major Nelson website for details.