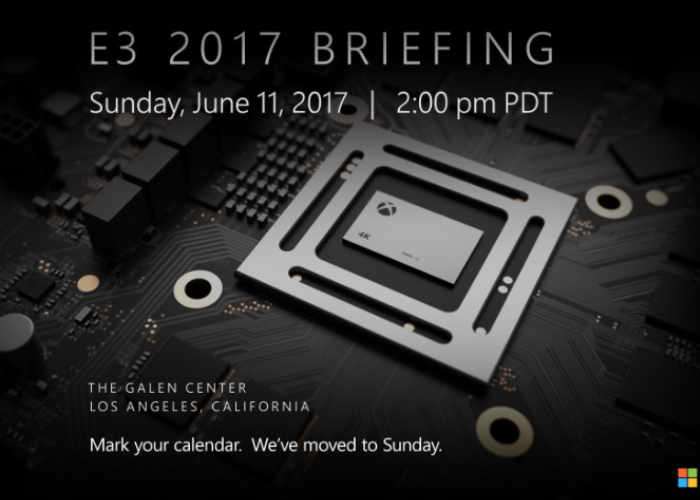 If you are visiting this year’s E3 2017 games event, starting on Saturday at the Los Angeles Convention Center or would just like to keep unto date on all things Xbox. You may be interested to know that Microsoft has today published more details about what you can expect this year at E3 regards Xbox announcements, events and shows.

Check out the announcement trailer below for a quick overview of what Microsoft will be showcasing during this year’s E3 event. Don’t forget you can also catch Geoff Keighley and surprise guests from Xbox on the YouTube Live @ E3 show, if you can’t make it to Los Angeles.

Microsoft explains more about the events that will be taking place during this year’s E3 2017 event :

Once again, we’re excited to share that Xbox Daily: Live @ E3, our live news show that covers all things Xbox at E3, will return. The show will air:

The best place to watch Xbox Daily: Live @ E3 is on the official Xbox Mixer channel (via the web, your PC, mobile device, or your console), as we’ll be doing giveaways there throughout the show. The show will also be streamed live on the Xbox Twitch Channel, YouTube, and Facebook Live. Julia Hardy will be joining, Graeme Boyd (Xbox Live’s AceyBongos) and me as hosts of the show.

For more details on all the Microsoft Xbox events that will be taking place at this year’s E3 2017 games show jump over to the official Major Nelson website by following the link below.