This month the XBMC team is celebrating their 10th anniversary, since first releasing their initial beta offerings of Yet Another Media Play (YAMP) and the Xbox Media Player.

The separate team later combined forces to create the XBMC software as we know it today, and to celebrate their fantastic 10th anniversary, the team has released a new update for their XBMC media software. 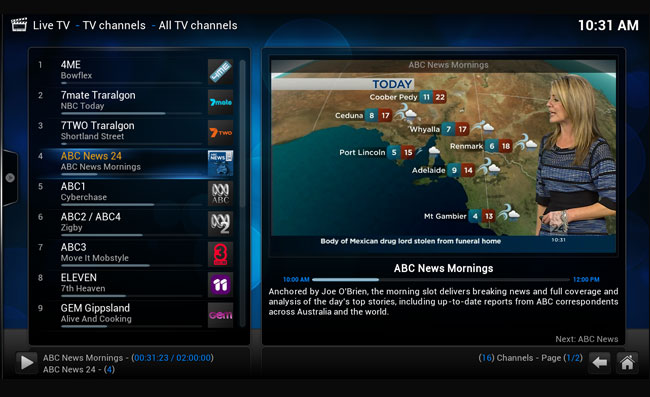 Which has now added PVR support as well as integrated support for the awesome Raspberry Pi mini PC. For more information on the latest build and all enhancements which have been added in this anniversary edition, jumped over to the XBMC website.

“Today marks a very important and proud milestone in our history. On 5th October 2002, one of the first ever betas of the XBMC source code got uploaded, as the result of a merge between two different home theatre applications. Frodo, the founder of “YAMP” (Yet Another Media Player), joined the Xbox Media Player team and the two projects were merged. The first release of the combined projects was called “Xbox Media Player” and its first beta source code was released, 10 years ago to the day!”