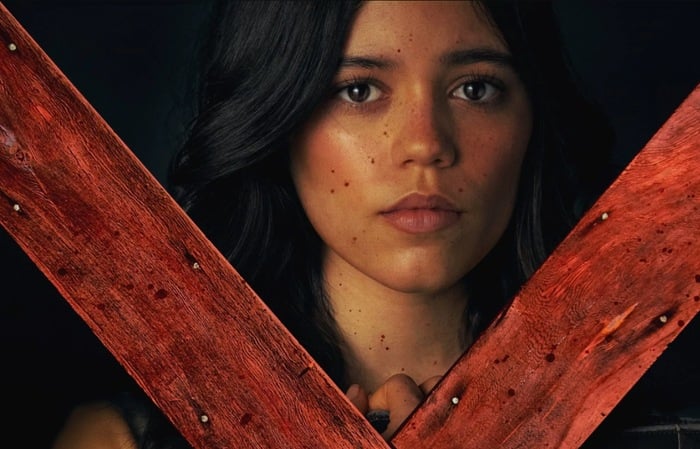 Lionsgate has released a new trailer for the upcoming launch of horror  film X on Digital and Blu-ray disc confirming that it will be available to watch on May 24th 2022 after premiering in theatre screens earlier this month.

The film has been written and produced by Ti West and stars Mia Goth, Jenna Ortega, Martin Henderson, Brittany Snow, Owen Campbell, Stephen Ure, and Scott Mescudi. X was filmed in New Zealand, with production primarily taking place in Fordell. “Dying to Show You a Good Time” is one of the taglines for the film giving a hint at what you can expect.

It is also been revealed that a prequel film, which was secretly shot back-to-back with X, is in post-production. As soon as more details trailers and information are released we will keep you up to speed as always.

“At a secluded farmhouse in Texas, a film crew arrives to shoot an adult film. Their hosts, a reclusive elderly couple, take a special interest in their young guests. As night falls, the couple’s leering interest turns violent.”

“In 1979, a group of young filmmakers set out to make an adult film in rural Texas, but when their reclusive, elderly hosts catch them in the act, the cast find themselves fighting for their lives.”