Google has created a fascinating video showing the build-up of global Android activations from October 2008 when it was first introduced to January 2011, with Google now claiming over 350,000 activations daily.

The video shows the graph beginning to slowly spike with the introduction of the T-Mobile G1, before going into overdrive with the release of the Motorola Droid and then the Samsung Galaxy S. Watch the video after the jump, to see for yourself the Android phenomenon. 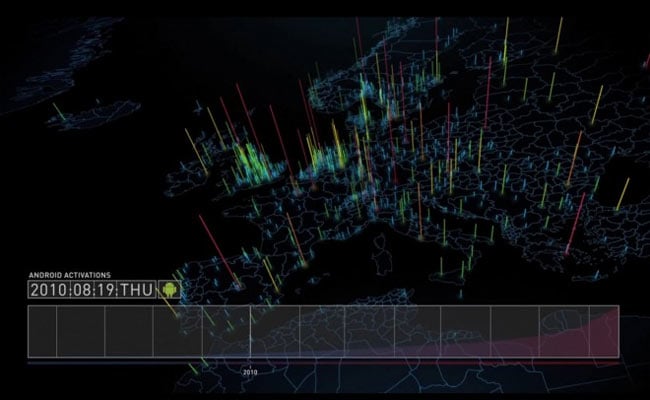 From the look of the stats and the video below I think they can definitely say the goal has been reached. Have a look and our article on Android vs iPhone to see which smartphone and mobile platform is best for you.