True Lego fans might have already seen the world’s most expensive Lego brick, which was given out to selected business partners and LEGO employees between 1979-81 after they had worked for Lego for 25 years.

The gold Lego brick is crafted from 14-carat gold and weighs 25.6g, and recently fetched $14,449 over on the Brick Envy website, which specialises in collector LEGO sets and pieces. 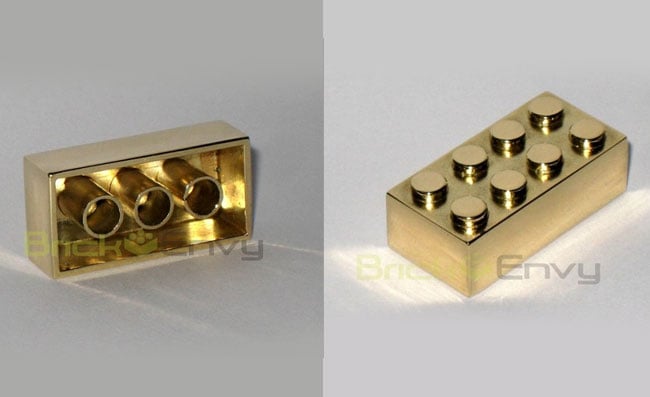 The gold Lego brick has the same dimensions as a standard 4 x 2 Lego brick and came in a display box pictured below. Brick Envy explains:

“This brick is 25.65g of 14K gold (0.8246 troy oz). The brick is the same size and shape as the original 2×4 LEGO brick. This incredibly rare piece was given to LEGO employees that had 25 years of employement at the Hohenwestedt, Germany factory and was also given to couple of very special business partners of LEGO of the time. It was only given out from about 1979-1981, only one or 2 per year from my understanding.

This amazing brick comes in its original display box which features the LEGO logo of the time that it was given out. The box itself is plastic and has a minor amount of storage wear on it.” 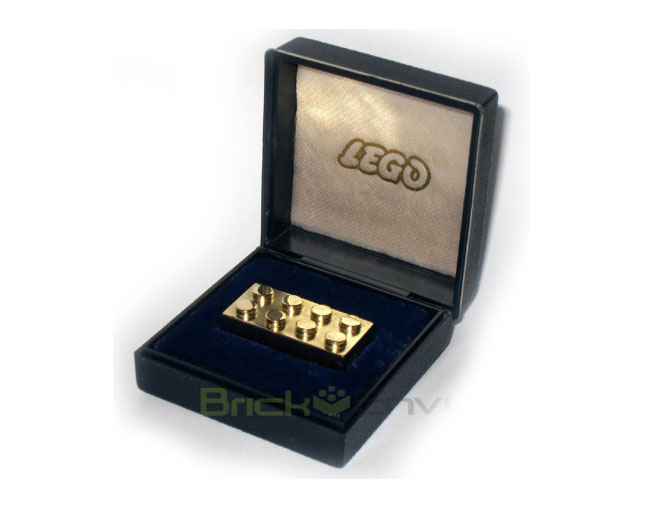