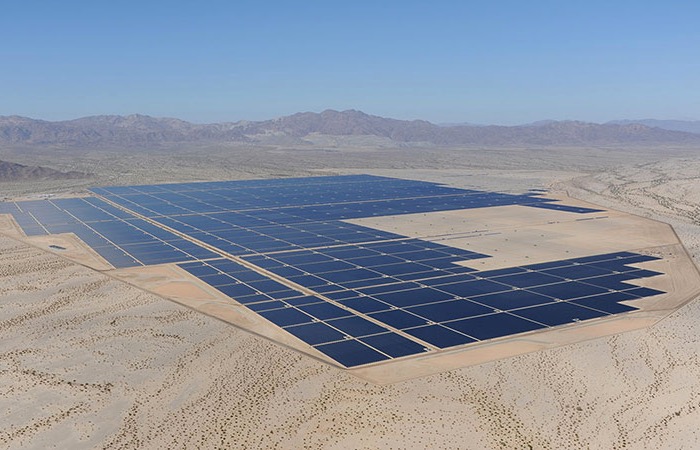 Construction of the world’s largest solar plant called Topaz, has now been finished by First Solar and the 550-megawatt plant is now online generating electricity for 160,000 homes on Pacific Gas and Electric’s grid.

Topaz has been constructed on the California Carrizo Plain band, and consists of 9 million solar panels covering a massive area of 9.5 square miles.

As the solar power plant goes through its business of transforming sunlight into energy it will also displace 377,000 tons of CO2 every year. Topaz has been specifically built at least six miles away from some of the more sensitive areas of the Carrizo Plain National Monument and prime agricultural lands and is the first 500-megawatt plus solar farm to come on-line in the U.S. and the largest solar plant on-line in the world.

“The solar farm was not the recipient of a loan guarantee and is built on “disturbed farm land” miles away from sensitive areas in the Carrizo Plain National Monument. First Solar suggests that the project will create $192 million in pay for approximately 400 construction positions over the three-year build and “$52 million in economic output for local suppliers.” PG&E will purchase the electricity from the Topaz project under a power-purchase agreement.”

For more information on the new Topaz Solar Plant jump over to the Green Tech Media website for details via the link below. 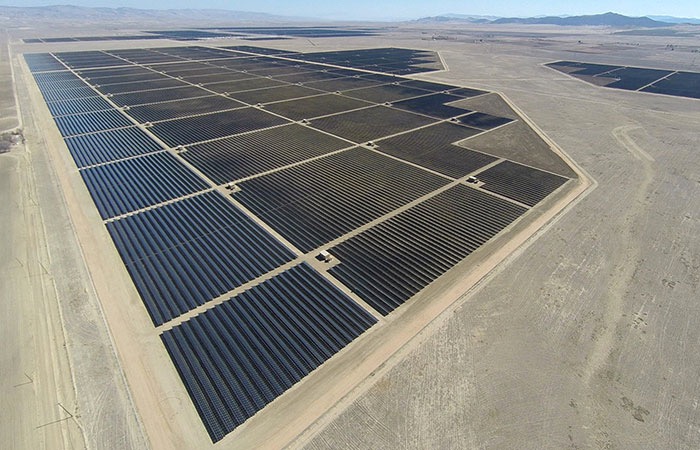