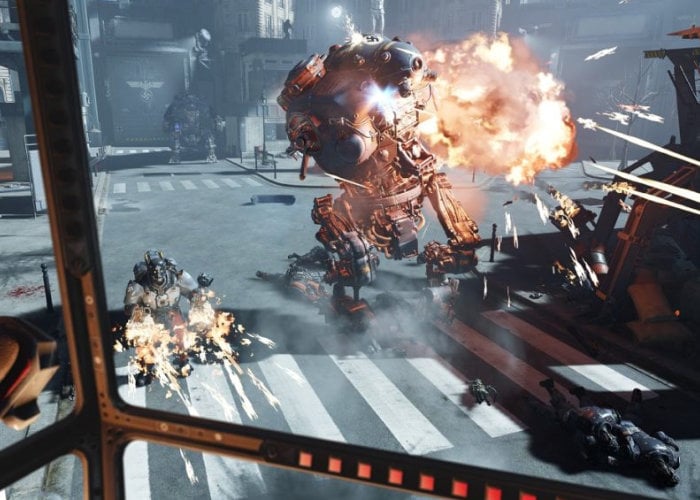 To accompany the launch of the new Wolfenstein Youngblood game Arkane Studios, Machine Games and Bethesda Softworks have created and published a new virtual reality game in the form of Wolfenstein: Cyberpilot. Allowing you to fight your way to victory in a mechanical warrior equipped with flamethrowers, machine guns and more. Wolfenstein: Cyberpilot is available on the PlayStation VR platform and also PC systems via Steam and supports the Valve Index, HTC Vive and Windows Mixed Reality headsets.

Ian Higton from Eurogamer has been playing the new VR spin-off and provides a great overview of what you can expect from the virtual reality Wolfenstein: Cyberpilot game. “Wolfenstein: Cyberpilot brings virtual reality to the revolution against the Nazis. Paris. 1980. You’re the best hacker in town. Your mission: aid the French resistance by taking control of powerful Nazi war machines. Ram, gun down, and burn your way through the City of Love, leaving dead Nazis in your wake. “