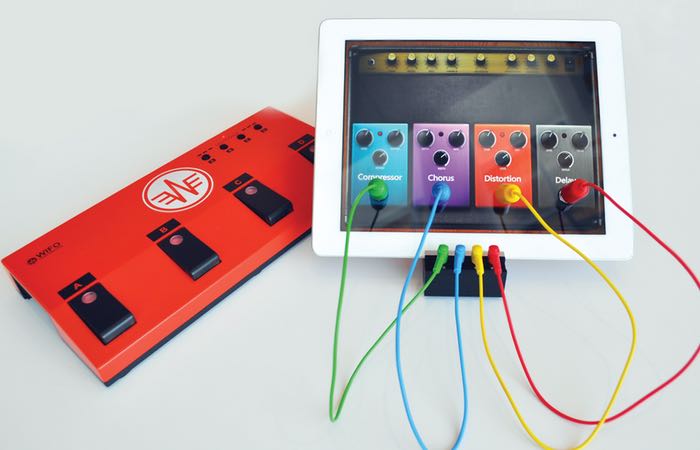 WIFO has developed a new wireless iPad foot controller for musicians called RemoFinger that can be connected to your iPad to provide a variety of different effects just like more traditional pedals.

Although the RemoFinger application enables you to tweak and change the pedal settings directly from your iPad without the need to crouch down to your pedals.

Watch the video below to learn more about RemoFinger that “Works just like your finger without any MIDI settings” says its developers.

The RemoFinger is the world’s most unique and innovative wireless foot controller that remotely controls any apps on iPad, iPhone, iPod touch or Android in a way that the ‘Touch Pointer’, which has been uniquely devised for the RemoFinger, is attached to the point where you want to click in the app and once the foot pedal is pressed, it works just like you touch the screen with your finger.

Steve Jobs said the finger is the best pointing device in the world but what if both of your hands are busy for something like playing musical instruments? The RemoFinger can be your ‘Third Hand’ then. If you’re a guitar or  bass player who uses effects & amps simulation apps such as GarageBand, JampUp, AmpliTube, Mobile POD, AmpKit, ToneStack GO, StompBox and more.

RemoFinger is currently over on Kickstarter aiming to raise $30,000 to make the jump from prototype to production. So if you think the device will enhance your musical creativity and performances. Make a pledge from just $79 to be one of the first to own the unique system.