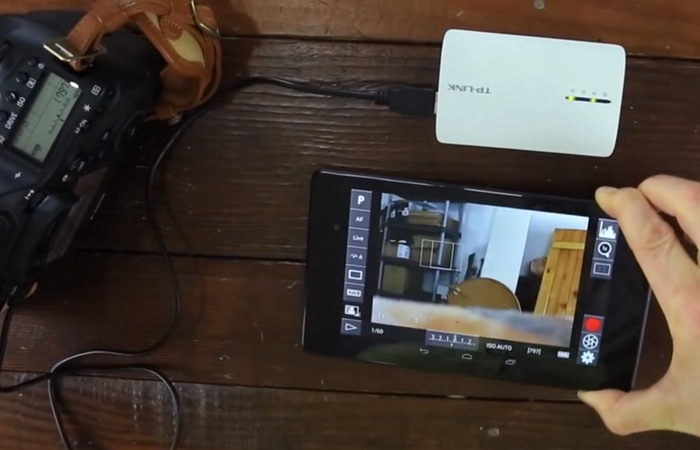 Rather than spending hundreds on a remote DSLR control system all you need to do is purchase a TP-Link TL-MR3040 wireless router. Check out the video below to see how it can then be integrated with your camera and an Android tablet to offer an awesome wireless DSLR monitor and controller system for just a few bucks.

“With the hacked firmware installed you can use the TP-Link MR3040 as a wifi dongle for you android device. With the DSLR Controller app installed this basically gives you a wireless monitor and controller for your Canon camera. Frame rate isn’t full speed, but the refresh rate is more than enough to make this usable. For $30 it’s a pretty darn good value.”

For more information on the wireless DSLR monitor and controller project jump over to the DSLR Film Noob website for details.