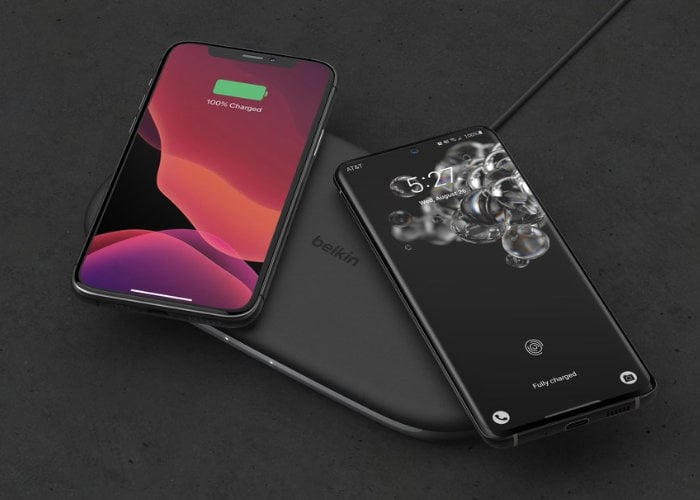 Belkin has announced the imminent launch of a new wireless charger in the form of the Belkin BOOSTCHARGE TrueFreedom PRO priced at $129.99. Designed to provide users with full-surface charging, supporting the charge of two Qi-enabled devices simultaneously anywhere on the charging pad, says Belkin. 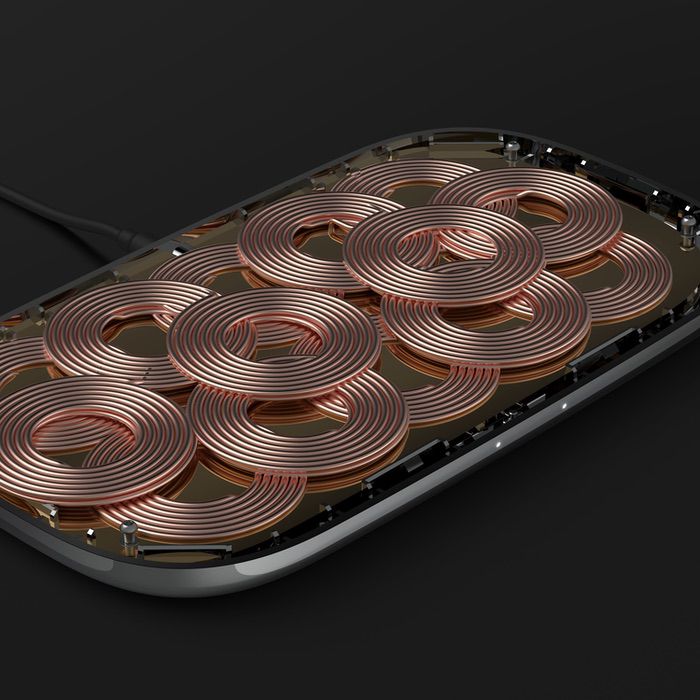 Capable of providing 10W of fast wireless charging to each device simultaneously the TrueFreedom PRO is fitted with 16 charging coils “intelligently working together to provide consistent power to consumers’ Qi-certified phones or earbuds anywhere on the pad’s greater surface area” explains Belkin. Eliminating the annoying need to perfectly align devices for effective charging on other wireless charging pads currently available by other manufacturers.

“We’ve been delivering next generation technology since 1983 and participated in the conception of wireless charging,” says Steve Malony, senior vice president, Belkin International. “As an early and active member in the World Power Consortium, we have been thoughtfully engineering this product for some time to ensure that it is powerful, elegant and simply works the way wireless charging was originally imagined.” 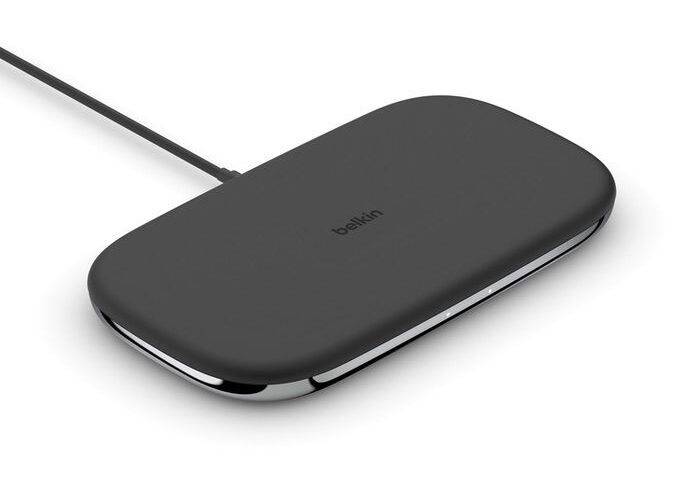 – Qi-certified for safe, reliable wireless charging and seamless compatibility with all Qi-enabled devices from multiple manufacturers
– True freedom of placement for effective and consistent charge anywhere on the pad’s greater surface area
– Fast charging up to 10W per device offering optimal charging for Apple*, Samsung and other devices simultaneously
– Case compatible to charge through most lightweight cases up to 3mm in thickness
– Sophisticatedly designed with silver chrome accents and leather-like finish to elevate space and complement any room décor
– Two LED lights to indicate charging status
– 2-year Belkin warranty for added peace of mind