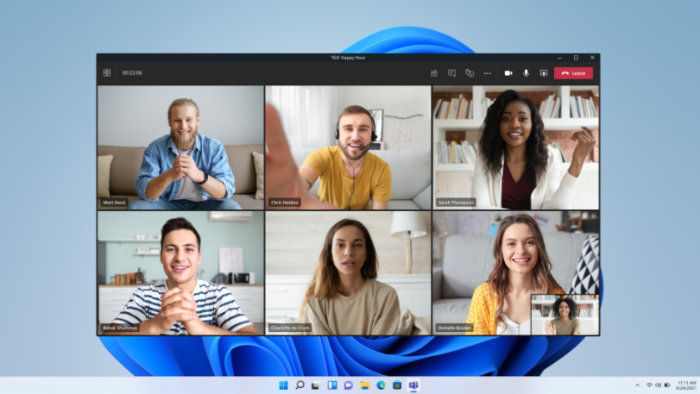 Microsoft has today released the new Windows 11 Insider Preview Build 22000.132 making it available to download to those of you that have signed up to their Windows Insiders program. The latest Windows 11 release is now available to everyone in the Dev and Beta Channels and once again features a wealth of changes and improvements including new updates to the Microsoft Teams Chat service.

Chat from Microsoft Teams is now available for Windows Insiders in the Beta Channel and now features one-to-one and group audio and video calling allowing you to test out the new Windows 11 Chat features Microsoft has now made available.

” You can create and join meetings. You can toggle your microphone and camera on or off and choose your preferred speakers, mic, and camera with device settings. You can manage meeting information and options. You can share your screen, see the roster of participants, admit meeting participants from the lobby, chat and see people’s video in a gallery view. We’re excited to bring this experience to a growing network of people!”

Microsoft has also updated its new Snipping Tool for Windows 11, updated Calculator app, and updated Mail and Calendar apps as well as rolling out a wealth of tweaks, enhancements and fixes to the Windows 11 operating system which will hopefully be released in a few months time sometime around October 2021.

A selection of other fixes carried out by Microsoft in the latest Windows 11 download include :

– Did some work to address a scenario where the recent searches list displayed when hovering over the Search icon in the Taskbar was unexpectedly blank.
– We fixed the issue where launching links from the widgets board wasn’t always invoking apps to the foreground.
– Clicking the widgets icon in the Taskbar should open it on the correct monitor now.
– The Taskbar (Explorer.exe) should no longer repeatedly crash inside of Windows Sandbox.
– Addressed an issue leading to some Insiders experiencing a bug check when attempting to roll back in the previous flight.

For a complete list of all the new features, and bug fixes in the latest Windows 11 download jump over to the official Microsoft blog by following the link below