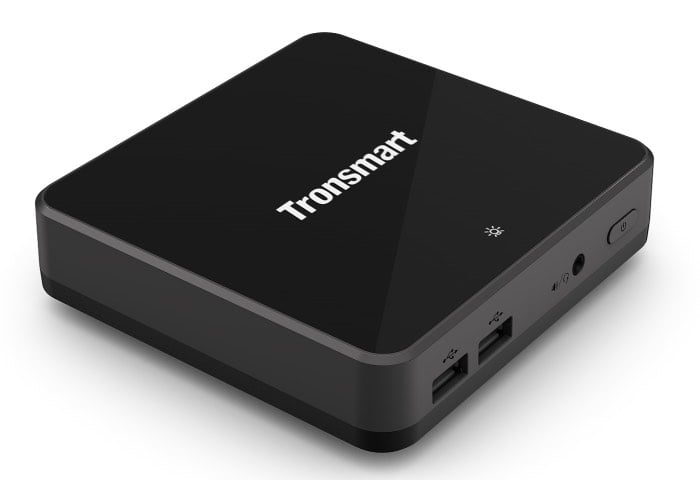 Chinese manufacturer Tronsmart is currently in the process of preparing to launch a new Windows 10 mini PC / TV box this month in the form of the Tronsmart Ara X5, which is expected to be available via websites such as Geekbuying sometime this month.

Unfortunately no information on the price has been announced as yet, but you can expect the Windows 10 mini PC to be powered by an Intel Atom x5-Z8300 Cherry Trail processor offering a 64-bit quad-core chip supported by Intel HD graphics.

Tronsmart always leads Mini PC market and it’s the first brand to feature Ara X5 with Intel Cherry Trail CPU: Z8300. Z8300 is the first Intel Atom CPU to utilize the 14nm Soc technology, which is the next generation microarchitecture and can lead the market about 2 years. Moreover, Z8300 is also 64-bit CPUs, Quad cores up to 1.8Ghz frequency, and powered of Gen 8 graphics.

For more information on the new Tronsmart Window 10 TV Box jump over to the Tronsmart website for details via the link below.