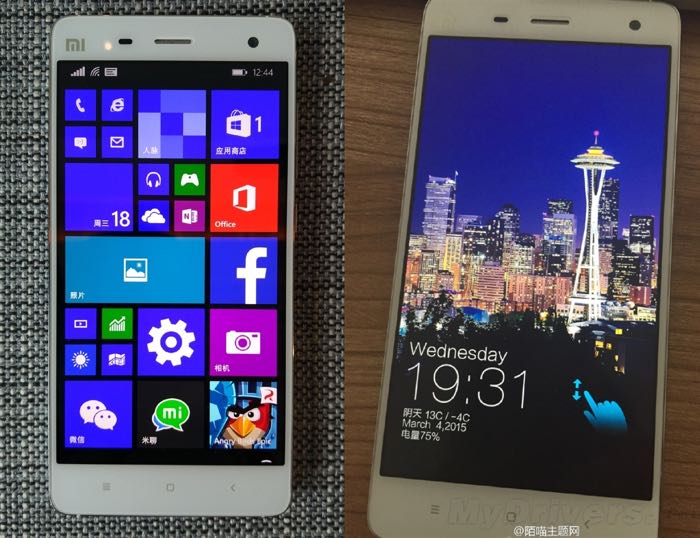 We previously heard that Windows 10 would be headed to the Xiaomi Mi4 smartphone and now the company has confirmed that it is coming this week.

According to Xiaomi’s Founder and President Lin Bin, Windows 10 will be made available for the Xiaomi Mi4 on the 3rd of December.

The company announced a number of new devices last week, one if those is a new Android tablet, the Mi Pad 2 that will also be available with the choice of Microsoft’s Windows OS instead of Android.

As soon as we get some more details on Windows 10 for the Xiaomi Mi4 we will let you guys know, it should be available this Thursday.